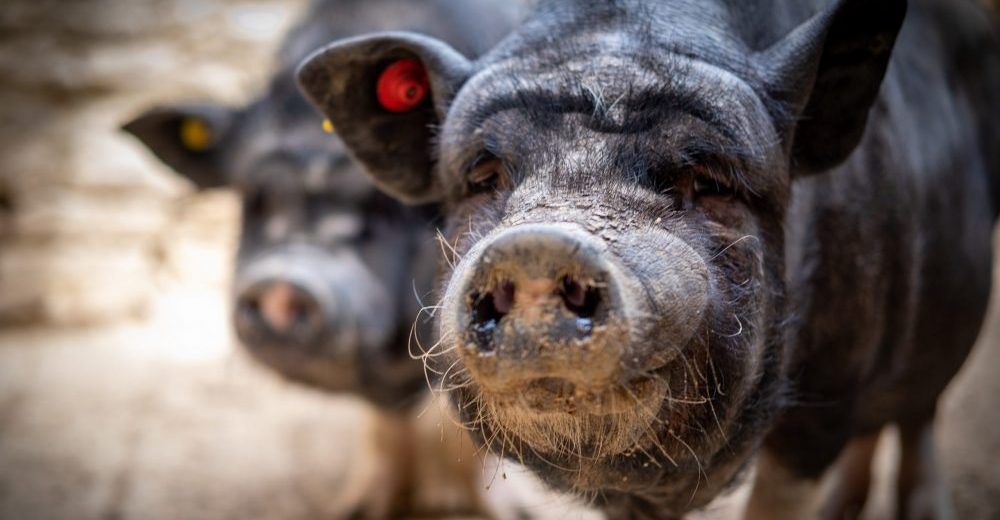 Let me spin you a scenario that plays out periodically in the pagan community:

You’re bobbing along, minding your own business. You’re helping run events or maybe you’re leading them. You’re doing readings, offering counseling, or assisting with spellwork and ritual. Maybe you’re teaching classes or workshops.  Everything is going fine and then suddenly, out of nowhere, someone’s got a huge problem with you.

That person takes to social media or inter-group communication channels to trash you. They accuse you of things that are not true. They say terrible things about you to mutual acquaintances. It’s awful –the things they are accusing you of are truly horrific. Or maybe they’re just really bad. Either way, it sucks.  You worry about how to move forward in the community with these accusations floating around. You don’t know who to trust. You wonder if you should just withdraw and go live on a desert island or in an abandoned forest or something.

Sound familiar? This sequence occurs pretty regularly among humans in any community. The philosophy of scarcity that many of us inherit from our culture means that people default to believing there isn’t enough space, energy, or attention for all of us (protip: there is).  When power struggles like the one described above play out in the pagan community, an additional layer of metaphysical bullshit can activate. Give the fire enough oxygen, and you’ve got a full-fledged ‘Witch War’ on your hands – the kind that can split a community into fragments.

Over the past 20-odd years as a community organizer, I’ve been accused of (not in order or all at the same time, at least as far as I know):

Okay, it’s not *quite* that long

And these are just the ones I know about. I’m sure there are others. Unfortunately, I have not found a way to move through community that makes everyone happy.  At this point, I do not think it is possible to do so. The scarcity philosophy so many people view the world through means that if you are at the center of an event, community, or other nexus of people, you will occasionally draw fire.  Sometimes it’s because your accuser wants what you have. Most of the time, at least in my own experience, it’s because your accuser’s own repressed shadows (antisocial, destructive, repressed, or otherwise socially unacceptable impulses and inclinations) get ruffled by you and come out screaming. We are often unintentionally mirrors for others. Some people can’t handle their own reflection.

Here is what I’ve learned from a few rounds of the Clusterfuck Circus, and it can really be summed up in one of my favorite quotes:

‘Never wrestle a pig.  The pig will only enjoy it and you’ll both end up covered in mud.’

A caveat before we break this one down – I’m specifically talking about baseless, personality-driven drama in this blog. There is also a very real need to call out legitimate abuse within our community when it occurs.

So, here’s what I’ve observed in my own path and history of sometimes being the target of another person’s shadow-fueled tantrum:

You already have a reputation.

This is where some of my Heathenry kicks in hard. We are our deeds, our actions in this world. The members of your community made up their minds about you a long time ago based on your actions. Think about how you react when someone trashes a mutual friend to you.  You probably listen and hold space, but your internal narrative is most likely something along the lines of ‘wow, that does NOT sound like something Monique would do. Must have been a misunderstanding.’  You already know what you think of Monique. You now know that there’s a personality conflict, but your base opinion of Monique has not changed.  If you’ve been acting in good faith, participating in community, showing up reliably and doing the work, your reputation is like a greased skillet. Nothing’s going to stick to it. Listeners will just think ‘oh, that person doesn’t like Monique’ and move on.

I describe my personal philosophy around most things as ‘playing the long game.’ I’ve watched a lot of tempests in teapots blow through the community, sometimes aimed at me, sometimes aimed at others.  When there is no merit to accusations, when accusations reflect the accuser’s poor shadow management, that individual ends up burning so many bridges that they leave the community. It doesn’t mean those accusations don’t hurt – they absolutely do. Especially if they come from someone you thought was a friend.  But the source of all the trouble frequently departs after a few rounds of false accusations. There’s a particular variety of pagan who bounces from community to community because of this behavior. (Protip: this is a good warning sign when a new community member tries to become your close friend quickly. If they list off about 10 pagan communities they’ve had a falling out with or ‘just didn’t like,’ you probably want to observe them for a while before letting them get close.)

Pretty sure this is what happened to my 20’s

People in your innermost circle will remember some of your trials and struggles. The community at large does not and will not. Our own dramas are so bright, so fierce, and so painful that we can’t even imagine someone not noticing them. But, remember that conversation about Monique with your mutual friend?  In another year, or five, or ten, you might remember that there was a personality conflict at some point.  The details will be completely forgotten. This is particularly true when the mutual friend moves on to a community they haven’t burned themselves out of yet. That fuzziness about interpersonal drama that does not directly involve us is true of the community at large.  At a guess, there are probably folks in my community that may remember I was more of a firebrand when I was younger.  The details?  They’re gone for everyone except the people directly involved with me during the ‘basement dungeon’ accusation period.

Your reputation was made based on your actions in the past.  Your reputation continues to be forged based on your actions now and in the future. Contributing to an online character assassination fight involves a lot of energy and attention that could be better spent elsewhere. And remember – that fight will be forgotten.  Do you know what won’t be?  If you keep showing up and doing the Work. We are our deeds. My favorite response to a new round of drama aimed at me is to teach a workshop, lead a ritual, or put on an event. Make your enemies irrelevant by being awesome at what you do.

When the world is falling apart, when someone has hurt you, your focus narrows and everything seems to revolve around that pain. As never-ending as pain can feel, it does end. This time last year I was crying every day because I missed my community and did not know when I would see them again. There was a monster at the wheel in the United States and an uncontrolled plague upon the land that we didn’t understand or have a plan for managing. Today, I’m fully vaccinated and watching the light at the end of the tunnel draw nearer.  Time passes quickly.  If you play the Long Game, you know to let time do its thing. And, the less you contribute to a drama burning itself out, the sooner it will slip beneath the sands of the hourglass.

And one more thought…

This one is for the rest of the Pagan community. We have to stop eating our own, y’all. We need to keep shifting toward bridge-building.  Apparently, some of us have forgotten that we have real enemies. There remain people in this world who would prefer we all disappear, are made illegal, or are even killed.  There are white supremacist magicians, witches, and wyrd-weavers who are actively using their own magick to try to sway our culture. There is a current spate of legislation in the United States specifically targeting our trans siblings. There is an absolute avalanche of legislation designed to suppress voting rights for anyone who isn’t an old white man with deep pockets. And remember, when they come for one minority group, they are on their way for all of us.

So when you see something in a fellow pagan you don’t like or disagree with, try to shift more toward a both/and philosophy.  It’s what I try to practice myself. What works for me is great AND what other people do is also awesome. The new crop of authors and community leaders are fantastic AND our forebears and first-generation still have things to teach us.

Seriously. Stop dumping accelerant on the fire.  We have bigger problems facing us than someone doing things differently than you do.

So, bookmark this one for later reference. Unfortunately, it seems like we all end up as the target of another person’s unprovoked ire at some point. When it happens, sit with these thoughts for a while.  I’m not telling you not to buy that cow tongue – you do you, baby – but I am telling you that your standing only takes a hit if you’re not greasing that skillet enough. Do cool shit. The rest takes care of itself.

Have you been through a few Witch Wars?  Got some other good advice for people who are on the receiving end of one?  Hit me up in the comments. 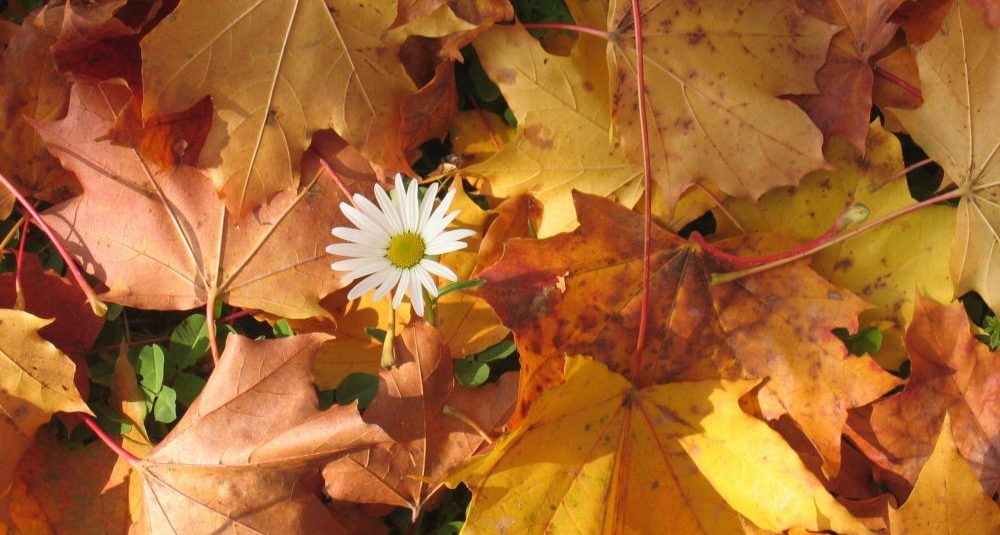