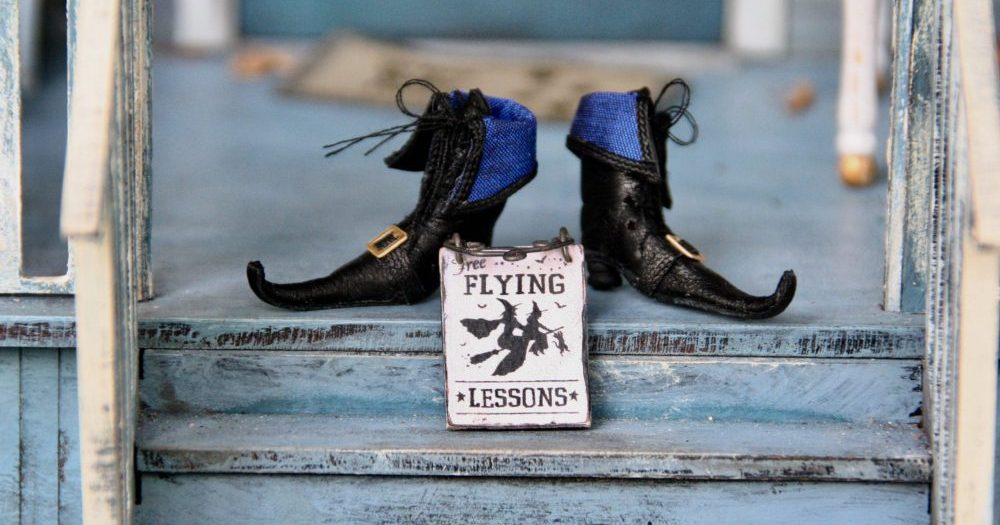 I recently attended a ‘Witching Hour’ – a Happy Hour-style Zoom gathering for the Frederick CUUPS community.  In a conversation in a break-out room, someone mentioned an increase to their psychic sensitivity.  I laughed and said ‘Yes, that’s one of the side-effects of witchcraft.’

Another friend exclaimed ‘Wait, there are side effects?’

‘Definitely,’ I answered. ‘I think Caine (who co-teaches the Blackfeather Mystery School with me) and I have been quite honest about the fact that we’re both completely crazy.’

Everyone laughed, but that funny little conversation planted a seed in my thoughts.  You see, there are side-effects. Some of them take years to start to show up.  They’re variable in presentation – our individual makeup and practices increase or decrease how much we experience them.  Long time practitioners will have their own additions for the list, but here are some of the ones I’ve experienced myself. If you’re just beginning down the Winding Path, these are some signposts you’ll probably see along the journey. If you’re twenty years or more along the Way, sit down and cackle with me – feel free to share your own experiences in the comments. I’m only two decades in and I know this shit will just get weirder. 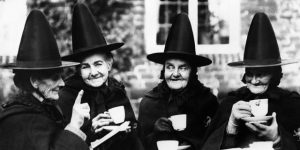 Relationships Change. The people in your innermost circle shift, and there’s a ripple effect. As witches work with magick, spirits, deities, and their own shadows, we change.  We are effectively rewiring our energy bodies to do things that the normal ‘template’ human energy body does not do.  The more we practice, the more those new pathways and capacities take over. One of the fascinating side effects of this involves how a practitioner responds to other people – folks start feeling ‘right’ or ‘wrong.’  Many of us joke that someone doesn’t ‘smell right,’ or that we can ‘smell our own kind,’ as a way to describe this feeling.

The upshot of this is that we start cultivating relationships with the folks that feel right and shifting away from the folks that feel wrong.  Some of that is gradual – we look around a few years down the road and realize the people we love and trust the most are not the same as the ones we loved and trusted a few years ago.  Sometimes the shift is dramatic – the more we change through our practices, the more we experience friction with people who don’t match.  Sometimes the person who doesn’t match is a partner or spouse.

When I was younger, I worried more about the divorces and breakups that were common in my witchcraft students. I see those shifts more clearly now, though.  As people claim their sovereignty, as they come into better alignment with themselves, as they begin to wake up their slumbering spiritual connection, toxic relationships rapidly become unbearable. Many times, witchcraft – that rewiring of Self – is the strength a person needed to finally leave an unsuitable connection. Although United Statesian culture still pushes the ‘twoo wuv means sticking it out and staying miserable together no matter what’ trope, a witch with a divorce or breakup behind them is a witch that successfully left a connection that didn’t work. There’s no shame there. 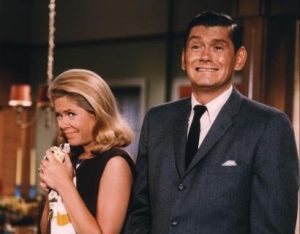 Psychic Ability is Frequently Annoying. Late last week, I was coming home from getting groceries. I was minding my own business, driving along, when suddenly I felt a huge wave of grief/sorrow wash over me. I started crying and was mildly freaking out because there was no trigger I could identify. I wasn’t thinking about anything sad.  My mood was fine.  The day had been going well.  Why was I crying?  And where the fuck were the tissues?

An hour after I got home, I got a phone call from the director of my father’s nursing home, calling to tell me that my Dad tested positive for Covid-19.  (He’s holding up pretty well, considering, right now.)  I suddenly understood the flood of emotion from an hour prior.

That rewiring thing that witches do?  It changes a lot about how we are positioned in relationship to the flow of time, the signals other humans are sending out, and the weird abundance of information knocking about the web of life. Psychic ability is like having a radio station tuned to an intermittent signal playing in the background.  There’s a lot of static, and then sometimes you’ll catch part of a song or news story.  The overall volume of that background station is louder when you’ve been strengthening your psychic senses, which means that when there’s a clear ‘signal,’ it can drown out whatever you were doing. Annoyingly, many times the signal comes through without explanation.  I didn’t get an apparition floating up to me to tell me my Dad has Covid.  I just burst into tears for no reason.  That was the signal.  No context or anything actually useful.  And the longer you practice, the more frequently you see things that aren’t corporeal, hear things that aren’t audible, and have random outbursts over shit that hasn’t even happened yet and therefore doesn’t have an identifiable trigger.

You’ll also realize that Cassandra’s experience was pretty typical.  Most people don’t want to know if they’re falling in love with the wrong person or making a choice that’s going to increase their suffering.  So you learn to keep a lot the information that comes through to yourself.

Just make some popcorn and settle in.

There Is No ‘Off’ Switch We can zone our houses.  Set up crystal grids.  Dump copious quantities of black salt between the box spring and mattress.  We can line the inside of our fucking cars with black tourmaline. We can set up dampers and doorbells and all manner of other controls for communicating with that which exists outside the spectrum of ‘normal’ and yet it is not enough and never will be.  Once you’re firmly in the realm of communication with the unseen, hanging up the phone is basically impossible.  You can stop being a witch during the first few years.  Indeed, many people are just passing through Pagan practices on their way elsewhere – no worries on that front, we’re not a final destination for everyone and there’s no harm in that.  Those visitors have moved on by year five. But after a decade? Or two? You can’t go from being able to see color and hear music back to a world that is monochrome and silent. All the protection protocols and denial in the world will not stop you from hearing the soundless song of the trees, the passing whispers of the ancestors, the messages from the Gods.

Over the years, I’ve watched a few friends further along on their paths finally get disgusted with what they think pagan culture is, or what pagans are, and ‘leave.’  (Protip – there’s no one pagan culture.  It’s like the phrase ‘American culture.’ It’s not actually a thing. A culture requires shared values, mores, and myths.  Ain’t none of that round these parts.) They always come back. The main reason? They can’t hang up the phone and wandering around pretending you don’t hear the messages from the other end of the line is more exhausting than just being a witch.

I’m pretty sure the only way out is traumatic brain injury.  That sounds like it sucks, so most of us just give in to the crazy.

I’ve tried this too, it doesn’t work.

Mundanes Get Progressively More Annoying. Most people have a touch of mysticism to them, thank gods. There are wonderful allegories to be made about prayer, meditation, and magickal practices.  Most people have had at least one mystical experience they can’t explain.  Because of that, witches can usually find common ground with folks.  However, we do sometimes run into people who have completely closed off their spiritual connection and live in a full-fledged state of vociferous denial about anything that cannot be tagged, bagged, and examined in a petri dish. Even basic conversation with true mundanes is tough.  When you’re ass deep in magick or devotional practice, answering simple questions about hobbies or what you did over the weekend gets complicated fast. I suspect this is part of why many of us end up with two ‘faces’ we use.  A true one that other witches and mystically-inclined folks we know see, and then the ‘dead inside’ mask we wear to make mundanes comfortable.

Some of us eventually burn the mask.  That can mean shutting off connections with coworkers and finding quick ways to exit conversations when we’ve identified a mundane. Trying to explain the presence of oxygen to someone who doesn’t believe in air is basically impossible, so we give up trying. And our patience for true mundanes seems to decrease with the passage of time.  As it turns out, you can have compassion and ALSO not have the time for coddling someone who has buried their head in the sand and wants everyone else to join them.

Actual footage of me leaving a conversation.

Those are my four most noticeable side-effects.  I still wouldn’t trade this path for anything in the world. I love magick, I love witchcraft, and I largely adore the rest of the pagan community.  These are just the funny little things that go with the glitter.  Have you noticed any side effects?  Are these ones on your list, too? Hit me up in the comments.