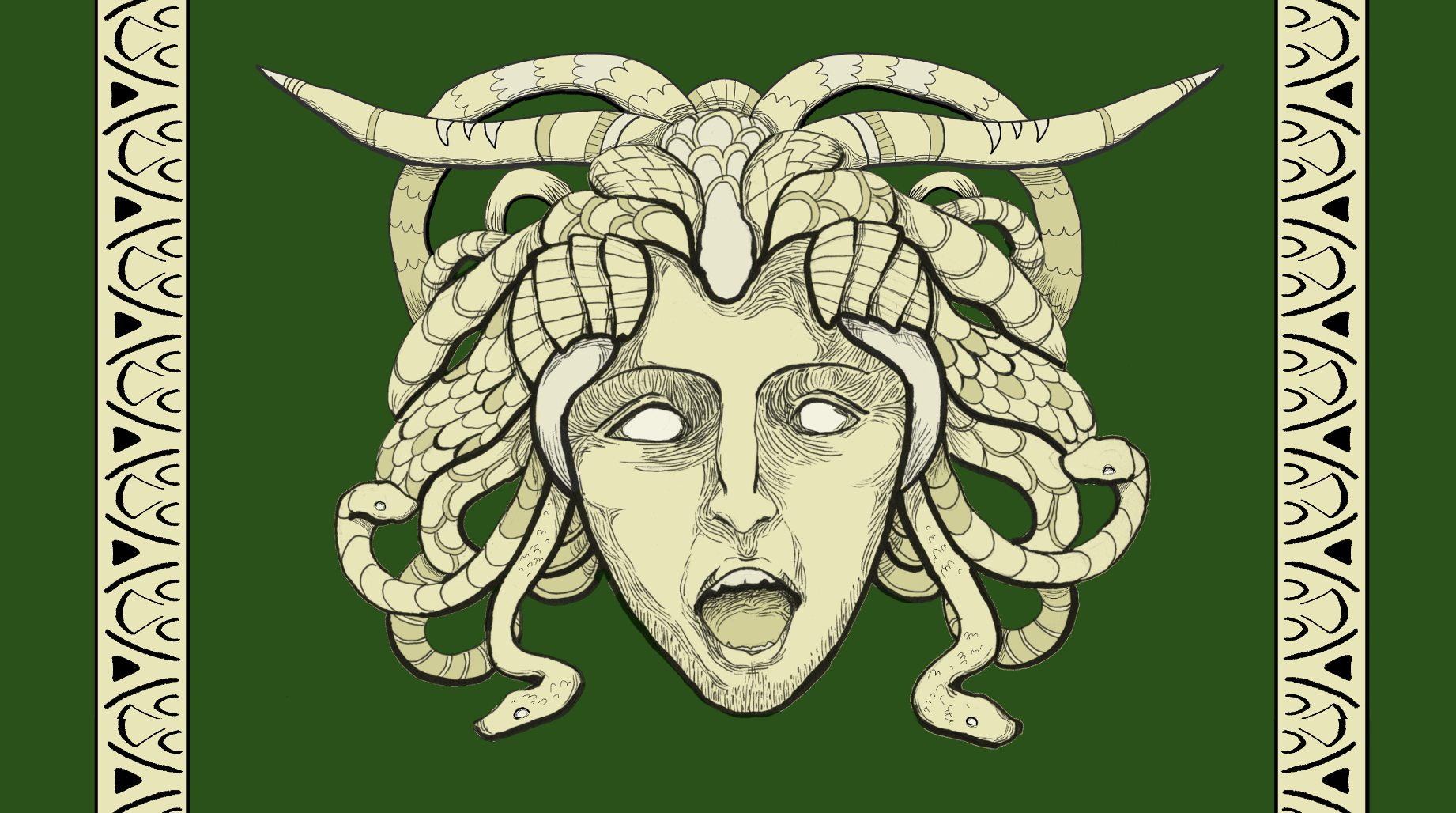 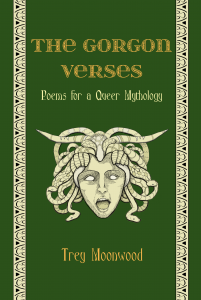 Sacred poetry has long explored the liminal spaces between the ecstatic and the mundane, the tragic and the joyful, the sacred and the profane. The shining new addition of The Gorgon Verses to that body of spiritual inquiry includes the paths of gender, sexuality, and identity. Through verse sometimes spilling gently, sometimes rushing in great waves like a dark ocean, themes of uncovering the hidden, embracing the shadow, and soaring freedom fill this collection.

The author, Trey Moonwood, “lives in the deep woods of the Green Mountains in New England with their werewolf husband and two dogs. They are a drag queen and mother of a rural drag house, a witch and seer, and the founder of an inclusive Heathen Kindred. Trey has always been a writer of poetry and all kinds of fantasy, and they regularly teach at events in the regional pagan community. This book is the culmination of eight years of writing, and the corresponding journey of delving deep into pain, love, hope, identity, and the dark recesses of their inner self.”

The blending of nature and the natural world into self-exploration is one of my favorite aspects of this collection of poetry. The rising winds, starry skies, rushing clouds, and the blaze of summer sunlight all surge vividly from these pages.  The weaving of the sacred found in their mountain home with the sacred found in the Self is seamless and exquisite.

Poems like “No Place for Me,” “Motherhood,” and “Metamorphoses” touch the tender, aching wounds of queer identity.  The struggle of self-definition, conformation versus sovereignty, and the terrible toll exacted by “a house like slivered glass, crystal knives to cut the meat of my heart (“Foretelling,” Trey Moonwood)” inspires both empathy and recognition.  Moonwood has successfully sculpted poems that are at once personal and universal, specific yet completely relatable.

Moonwood writes, “The inspiration for the collection came while writing the poem “Trans Formed” and the image of the gorgon arose as a central pillar to this collection of themes – a being deemed monstrous because of her appearance, who holds power, connection, and subtle layers of gender subversion that fairly cry aloud to my own experience of queerness and gender.”

The power found in the connection they describe is what lingers most in my mind.  This collection is a song of victory, a defiant clarion call to all those othered to take up their crowns and scepters. My current favorite poem (it changes weekly right now) is “Metamorphoses.” The closing words remind me of my own escape from darkness:

has filled me with song,

and I have grown powerful enough

I encourage you to pick up a copy of this collection.  It pairs perfectly with a quiet night, a cup of mead, and the rising incense from the altar. 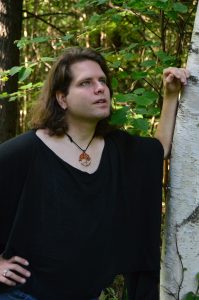 The Gorgon Verses: Poems for a Queer Mythology can be purchased on Lulu here.  Learn more about author Trey Moonwood at their website, here.  Readings of some of the poems by Moonwood are featured on their Facebook page, here.

Trey is a queer witch, spaeman, and godi in the Heathen tradition. They are the founder of Chase Hill, a Heathen community in Southern Vermont, which they have led since 2010. With Chase Hill, they have published two songbooks of ritual music, and on their own, a book of poetry: The Gorgon Verses. Trey teaches Heathen practice in workshops, writing, and ritual. They are also a novelist, a poet, and a drag
performer.