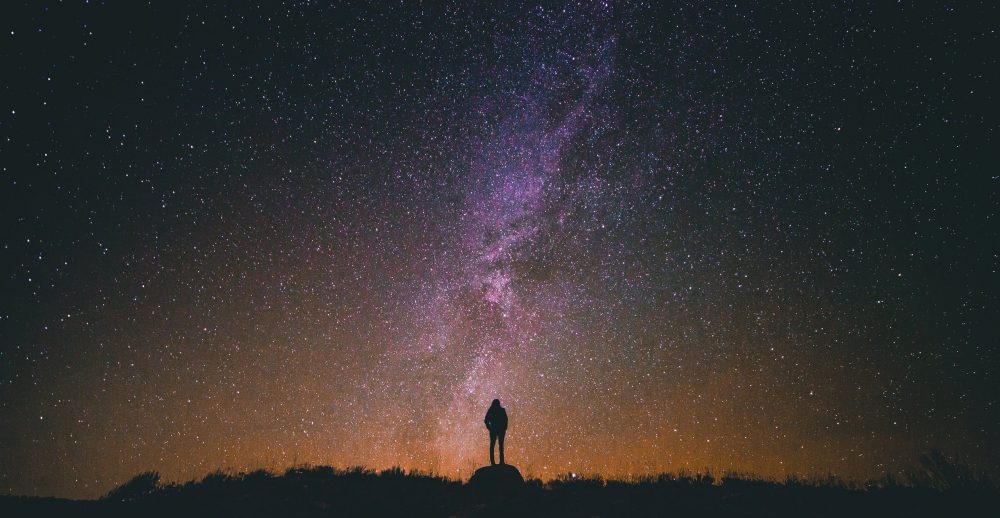 I’ve never found much resonance with traditional forms of prayer.  It may just be my somewhat rebellious nature, but kneeling, hands pressed together in the gesture of pleading, feels wrong to me.  It may also be that my most transcendental moments, those times I’ve felt the closest to the forces we think of as Divine, have not found me on my knees.  I have usually been standing – in the darkness of an empty cathedral, on a beach as the full moon turned night to day, at the center of a labyrinth, by a rushing waterfall, in a ritual.  Those moments of grace unfolded not while my head was bowed, eyes closed, but while my eyes were open.  And, most importantly, while my spirit was open as well.

The world around me speaks to me.  I see patterns in nature, messages carried by bird, beast, wind and weather.  When I am working on a problem or trying to untangle my thoughts, the epiphany that solves it is usually accompanied by time spent outside.  I also occasionally get a ‘heads up’ that there’s a message on its way.

A couple years ago, I was in a Seidr ritual – a form of divination specific to the heathen path.  During a Seidr, a seer uses trance to contact the ancestors, spirits and Gods, and to relay answers from them.  I asked Skuld, the Norn associated with the future, what I could best do to serve and protect my community.  I was told ‘Teach.  Make them like you.’

What the fuck does that even mean?

It took me almost a year to untangle that one.  The day the answer came, on my normal morning walk an enormous flock of crows settled on the roof of a house I was passing.   It was so striking and out of character for my neighborhood that I snapped a photo of it.  A few hours later, the first green tendrils of Blackfeather Mystery School, the system I am teaching now, burst through the darkness to send green shoots toward the sunlight.  I suddenly understood what I was instructed to do.

Connection practices – meditation and prayer – lay the groundwork for a strong channel of communication.  And that communication can be with various sources – our higher selves, the Ancestors, the Spirits, the Gods, the earth Herself….sometimes all of those things, sometimes just one or two.  Everyone is different.

Mystical experiences, those moments of transcendental contact, can be supported by connection practices, but they also root in other soils.  I define myself as a mystic witch because I seek out and cultivate those moments of connection.  I love the terrifying space between what is known and understood in our practical world and the roaring winds of That Which is Greater than All of Us.

Our civilized, climate-controlled, boxed-in Western world firmly rejects nonlinear and nonlogical forms of knowledge and information: revelations and wisdom that spring from a source outside the known laws of physics, far from the double-blind studies of science.  Not illogical, mind you, but nonlogical – rising from a well we do not understand, but carrying deep relevance nonetheless.

There really are some experiences that are not replicable in a laboratory setting.  Science can only understand what science can see and that wonderful field, for all its power and beauty, still has blind spots. When I get outed as a witch or tarot reader at social gatherings, it’s generally only about 15 minutes before my new acquaintances start running down their list of ghost sightings, psychic experiences, mystical encounters and other assorted phenomena.  Whether we like it or not, contact with that strange Other happens to most of us at least once in our lives.

I was really lucky when it comes to how I was raised.  My parents never tried to crush the magick out of me.  They let me have friends in the trees and stones, cultivate faery gardens in my bedroom, play outside from dawn till dusk, and talk to Things that could not be seen.  They allowed me to have space for imaginative play.  They also demonstrated a way of looking at the world that allowed for situations and objects to have both a practical explanation and be something more. One of my favorite examples of that was a conversation I had with my mother.  I have very low blood pressure, so sometimes when I stand up too quickly, I see stars – little glittering points of light that fade in and out of my vision.  I was talking to Mom about it, and mentioned that when I was little, I thought the dancing lights were faeries.  Her answer? “Maybe they are.”

Maybe they are.  Maybe there’s more.  Maybe if we relax our chokehold on logic, the seeds of mystery can grow. Cultivating a sense of comfort with nonlinear and nonlogical experiences and information is vital to life as a mystic.  Every other mystic I know has a certain space within their mind – a place they can safely put the wilder experiences they have without needing to question their sanity.  Yes, we pay bills and taxes, we work jobs, we raise children.  We are responsible, productive members of consensus reality.  We also travel in more liminal spaces and have experiences that take us far from the known laws of reality.

To develop mysticism is to let go of the need for things to be ‘right’ or ‘correct.’  It’s to allow for experiences that the prevailing wisdom of our culture will tell you are ‘crazy.’  One of my favorite teachers and mystics once said in conversation that “other people pay me to be crazy for them.”  Strict realists cannot differentiate between true mental illness and transcendental experiences.  By that rubric, yes, I’m absolutely crazy.  I also have a sum total of zero interest in cutting off my connection to the Mystery.  We still, culturally, can’t handle nonlogical experiences, but the world of mysticism embraces them.  So some people think we’re crazy?  That’s fine.  I think they’re boring.  And I think the word they live in is sad and empty.

There’s another mental preset to cultivate – allowing mystical experiences to occur outside our preconceptions of what the Gods and Powers are.  I’ve known a handful of practitioners over the years who are so strict in their beliefs about the nature, behavior, and faces of the Gods, that they’ve effectively closed out any contact or experience that would fall outside that narrow window of possibility.  As a mystic, I like to let mythology inform my practice, but it does not dictate it.  Moreover, I do not believe Gods to be immutable, unchangeable, dusty relics from a bygone era.  I believe the higher class of being we call Gods grows and changes just as we do.  Freya, when She appears to me, does not wear clothing you’d see at a historical reenactment.  She appears dressed in the elegant height of contemporary fashion.  Considering Her nature, that strikes me as perfectly appropriate for Her.

Give the Powers some space to surprise you.  Remember that whatever you’ve read about mystical experiences had to be channeled through a human and turned into language.  This form of communication is very limited.  You can read about the Grand Canyon, you can even look at photos, but nothing will prepare you for the reality of gazing on that astounding landscape with your own eyes.

Seeking out mystical experiences also involves some choices when it comes to activities.  The first and most useful thing you can do is to go outside.  Make time to be outdoors, just wandering around.  Although it’s possible, most mystical experiences do not occur in one’s living room.  If your only option is walking in your neighborhood (that’s what I do daily when walking my dog), then do that.  But if it’s an option, seek out spaces where the natural world is allowed to thrive. Visit the state and national parks.  Get a little bit lost on the trails.  Bring snacks, and find places to sit and just be.  Have no agenda at all.  Even during winter, I manage to hit the trails about once a month.  It makes all the difference in the world.

And the second thing to do?  Step outside your comfort zone, especially when it comes to magick and ritual.  Anyone who has gone to a festival or conference with me knows that I like to hit all the programming I can, particularly stuff that’s outside my area of expertise/experience.  ‘Cultivating Divine Trance Through Pogo Sticks’ is on the schedule?  Go to that.

There’s a good reason for it – you might stumble into a mystical experience specifically because you are approaching the Sacred in a different way.  You might find something that really works for you.  Stumbling into a Seidr ritual at Sacred Space Conference a few years ago changed my Path in a good way.  I ran smack into magick I hadn’t seen before, and I’m so glad I did.  I would not have explored seership otherwise.  Even if the ritual or workshop you attend doesn’t speak to you, congratulations – you’ve discovered something else that does not work for you personally.  That information is good to know as well.  It will keep you from buying a pogo stick in the future.

There are shining bits of the Mystery in every Path I’ve encountered.  Pieces and experiences that can inform, deepen and enhance your personal practice.  Ways of encountering the Divine that will leave you utterly shocked that you didn’t know about them before.  Shake up your practice.  Let go of what you think you know.  Open the door to the whirlwind and, as I always say to my students, go ahead and get uncomfortable with everything now. 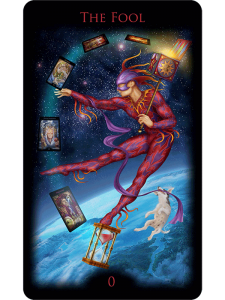 As always, if you have questions or want some help, I’m here.  Got a mystical experience you want to talk about?  Hit me up in the comments.